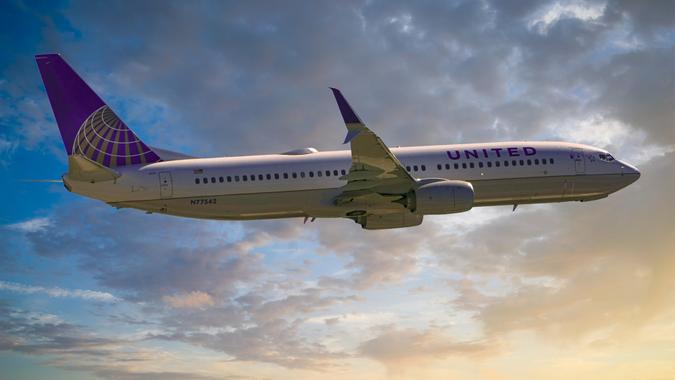 There is finally some good news for travelers as airfares fell significantly in July, according to the Consumer Price Index (CPI) released by the Bureau of Labor Statistics (BLS) on August 10.

See: 6 Best Beach Cities to Retire on $2,600 a Month
Find out: 7 surprisingly easy ways to reach your retirement goals

The all-items index fell 8.5% for the 12 months ending in July – an even higher figure – while the air fares index fell 7.8% in July. This follows a more modest 1.8% decline in June. However, it is important to note that on a year-on-year basis, airfares have increased by 27.7%.

Bonus Offer: Open a new Citi Preferred account by 1/9/23 and earn a $2,000 cash bonus after completing the required activities.

However, the decrease may provide some breathing room for American consumers who are drastically cutting their spending. As Bloomberg reported, US airline bookings fell 2.8% in June — compared to May, based on data compiled by Adobe Analytics — while online spending on tickets fell 5.7% to $7.9 billion in the same period.

“A myriad of factors contributed to this decline in airline fares, notably lower crude oil costs as well as increased demand for air travel,” John Catsimatidis, chairman and CEO of Red Apple Group (and chairman and CEO of Gristedes & D’Agostinos Supermarkets), told GOBankingRates. “With the euro and dollar close to 1:1, we’re seeing Americans more inclined to travel to Europe. I expect airfares to drop in September.

Conversely, it may be time to plan a fall or winter flight. Research by booking platform Hopper shows that domestic airfares could drop to $286 in August, down 25% from the peak of airfares in May this year.

In addition, Hopper’s Late Summer Travel Index projects that average domestic airfare will remain at or below $300 through September before rising in October and November. Airfare is expected to average $368 per ticket in December, with daily airfares above $390 for last-minute holiday bookings.

Edward Moya, senior market analyst for OANDA, told GOBankingRates that airlines have had a tough year as they face staff shortages, severe weather and rampant inflation.

Yael Bijouti-Kennedy is a full-time financial journalist and has written for several publications including Dow Jones, The Financial Times Group, Bloomberg and Business Insider. He worked as a Vice President/Senior Content Writer for major NYC-based financial companies including New York Life and MSCI. Yael Now freelancing and recently, he is Dr. Co-authored the book “Blockchain for Medical Research: Accelerating Trust in Healthcare” with Sean Mannion. (CRC Press, April 2020) He holds two master’s degrees, including one in journalism from New York University and one in Russian studies from Université Toulouse-Jean Jaurès, France.