To get Morning Links delivered to your inbox every day of the week, sign up for ours Breakfast with ARTnews newsletter.

A MAN FOR ALL SEASONS. Artist Daniel Arshama veteran of art-fashion collaborations, he is launching his own fashion brand, Fashion business relationships. Named IV Life Objectsthe company, a joint venture with the brand accelerator Tomorrow– is releasing its first line today with Friends in Paris and online, and consists of unisex workwear. In other art-fashion news, cultured emphasizes Louis Vuitton artistic director Nicolas Ghesquièreinterest in Louis Kahn‘S Salk Institute of Biological Studies in La Jolla, California, e Harper’s Bazaar has a story about the late, great artist and designer Virgil Ablohwhose retrospective is about to open at Brooklyn Museum. 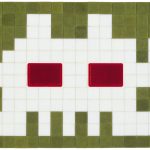 AUCTION ACTION. Russian journalist Dmitry Muratov auctioned his Nobel Peace Prize to Heritage auctions for $ 103.5 million; the proceeds will go to help refugees from Ukraine, the Wall Street newspaper relationships. The successful bidder has not been identified. The first comic to present Wonder Womana All star comics 1941 issue, also just sold by Heritage, for $ 1.62 million, Hyperbestia Notes. And for a much lower price: a 1747 cookbook rumored to have early English recipes for curry is offered through the London shop Forum auctions with an estimate of $ 5,000, per News week.

Speaking of monuments in the UK, a bronze statue of Ian Wolter commemorating the Kindertransport—The evacuation of some 10,000 children, most of them Jews, from Germany to the United Kingdom starting in 1938 — will be unveiled in Harwich in September. [BBC News]

South African artist William Kentridge he said the UK should work to tackle its colonial-era monuments. “The question should be, ‘How do we deal with our ruined past?’ rather than stand up for it and say it was nothing more than a heroic story, “she said. [The Art Newspaper]

I photograph Mary McCartney collaborated with Gagosian director Georgina Cohen to present an exhibition of McCartney’s work a La Coste Castle in Provence, France. “I hope that the viewer can see the image of a tree and feel the breeze, almost as if they are entering it,” said the artist. [AnOther]

To celebrate its 40th anniversary, the adventurous British music magazine the Wire made his entire archive free until early Monday in the British Isles. [The Wire via @alexmarshall81/Twitter]

CBC took a look at the work of two indigenously-led companies, Two-row architect And Architecture of smoke. [CBC]

DIFFERENCE AND REPETITION. If you haven’t read artist Takashi Murakamiit’s wise for the New York Times The “Big Ideas” series, which aired a few days ago, click. We won’t spoil his whole thesis here, but Murakami describes two experiences: one with a Jeff Koons sculpture, the other with a premium coffee and explains how his opinion of them has changed with a little more knowledge. Here he is on the second sip of that cup of joe: “I drank again. Then and there, my consciousness clicked and restructured. I have never had such delicious coffee, I remember thinking. [NYT]