In January 2013, Malaysian artist Christine Das was scrolling through Facebook when she noticed an alarming post. It showed a picture of a baby elephant reaching out its trunk towards its dead mother. “The slogan said something like ‘she was trying to wake her up with her nose,'” she recalls.

It was found that he was the only survivor of a herd of 15 rare Borneo pygmy elephants suspected of poisoning near an oil palm plantation in the state of Sabah, East Malaysia. The calf had survived only because until then it had been suckled by its mother.

Endangered pygmy elephants are found only on the northeastern tip of the island of Borneo. Smaller and chubby than other Asian elephants, the World Wildlife Fund estimates their numbers to be less than 1,500 in the wild.

That image of “Little Joe” – how the elephant calf became known in the media – made global headlines and had a profound impact on Das.

“It hit me in a way like when someone you really love dies and you grieve. That’s exactly what I went through. And it was just an image that evoked this deep emotional reaction and connection,” she told DW. 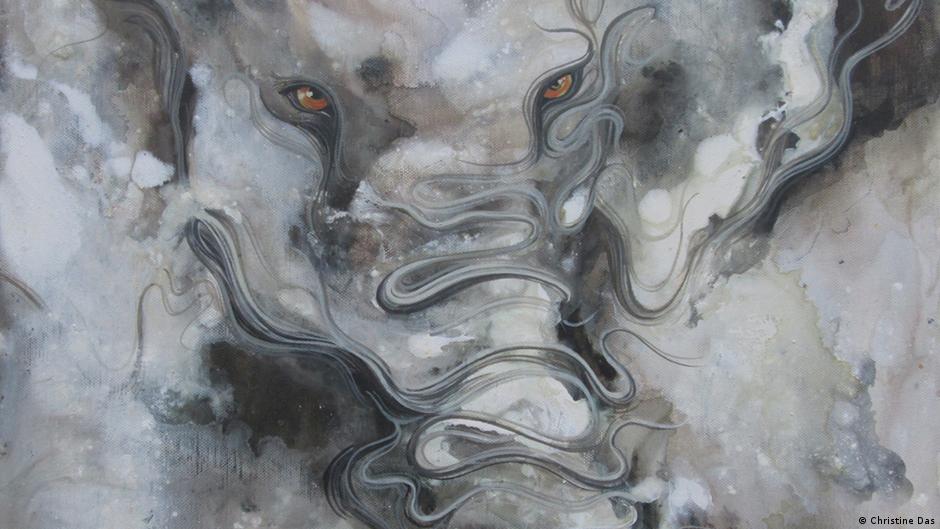 “Wild Emergence, No. 2”, rubber paint on canvas by Christine Das

Das had already undergone a big change in previous years: “You know, the whole big question, like, why am I here?” A midlife crisis at the age of 40 prompted her to quit her daily job as a graphic designer in a media agency and pursue a solo career as a painter.

When she saw the picture of Little Joe, she began researching the fate of the elephants and was shocked at how endangered they were.

While many experts warn that elephant population statistics change frequently, the fact is that elephants in general were once common across Africa and Asia and that “populations have experienced a significant decline over the past century” , notes the World Wildlife Fund (WWF).

“The biggest threat to African elephants is poaching for the illegal ivory trade, while Asian elephant populations are most at risk of habitat loss and subsequent human-elephant conflict.” 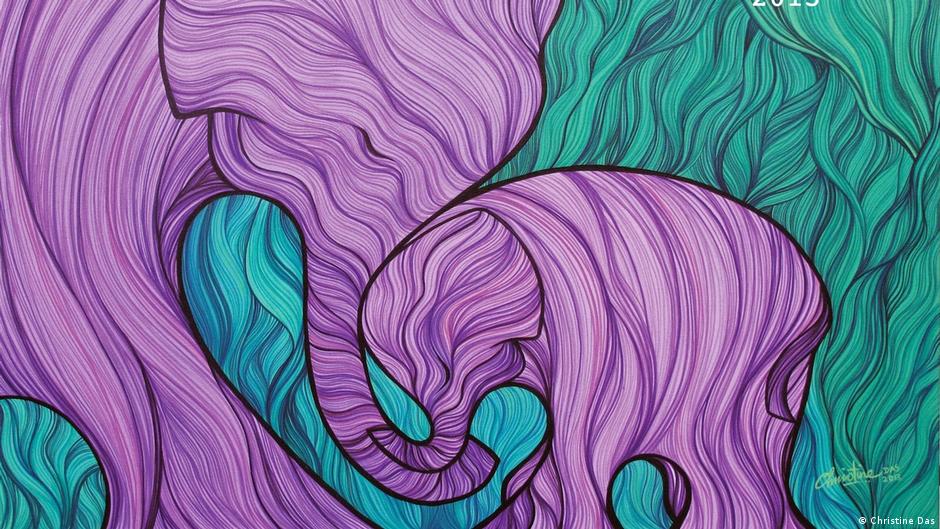 Some elephants are known to crush crops and fleeing villages, causing resentment among crop owners, with the result that they are sometimes lured with poisoned pineapples or bananas. But with the increase in human population and development, the natural habitat of these animals has continued to decline.

It is even more ironic since in various cultures the elephant is seen as a symbol of luck, prosperity and destroyer of evil and revered for its intelligence, memory and sense of vitality. In India, countless temples are dedicated to the elephant-headed Hindu god, Ganesha, who according to the Encyclopedia Britannica is “traditionally revered before any great enterprise and is the patron saint of intellectuals, bankers, scribes and authors.” Little Joe’s predicament made headlines around the world

Elephants are “our lifeline”

For Christine Das, however, these gentle giants have become motifs in her wildlife artwork for other reasons.

“I don’t see elephants as spiritual or religious symbols, but as majestic creatures … and as life givers of the forest,” he says, adding that they are good gardeners.

“The elephant is our lifeline, because without them the health of the forests will decline,” he stressed.

Animals are considered “eco-engineers”, as they fertilize the earth and dig pools of water. In addition, they can normally roam great distances, thus helping to disperse tree seeds and seedlings that promote forest growth.

Thus, inspired by these magnificent creatures, part of the proceeds from the sale of Das’s paintings go to the purchase of saplings and plants for reforestation, making her a full-fledged artistic “eco-engineer”. 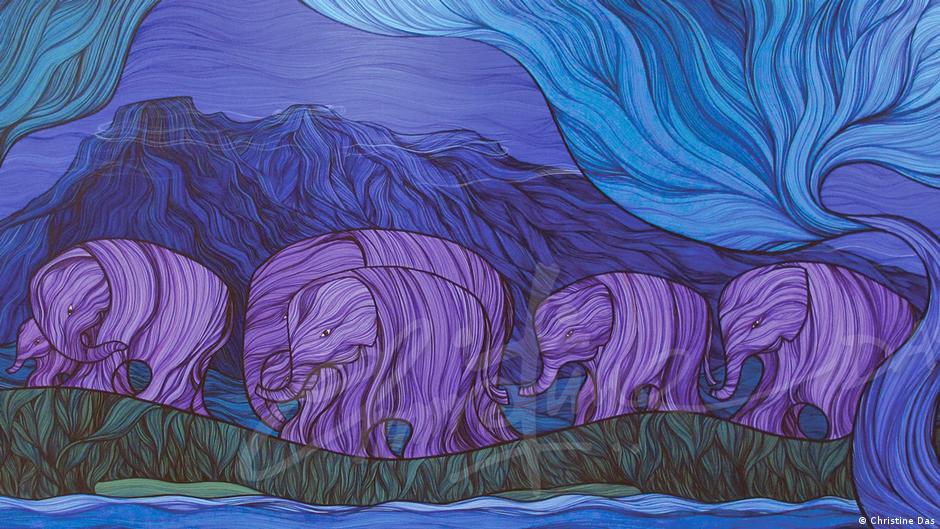 Environmental activist Das sees an additional strength in elephants. “I see the power of women because the whole flock is led by females. So from the head of the flock to the mother, the cousins ​​are all like women who take care of the whole flock.”

Together with WWF Malaysia, Das also made his signature elephant designs on T-shirts and all proceeds from their sales were channeled towards elephant conservation efforts.

In addition to his focus on elephants, Das has also featured endangered tigers in his artwork, and thus they too benefit from reforestation efforts to expand their habitat. 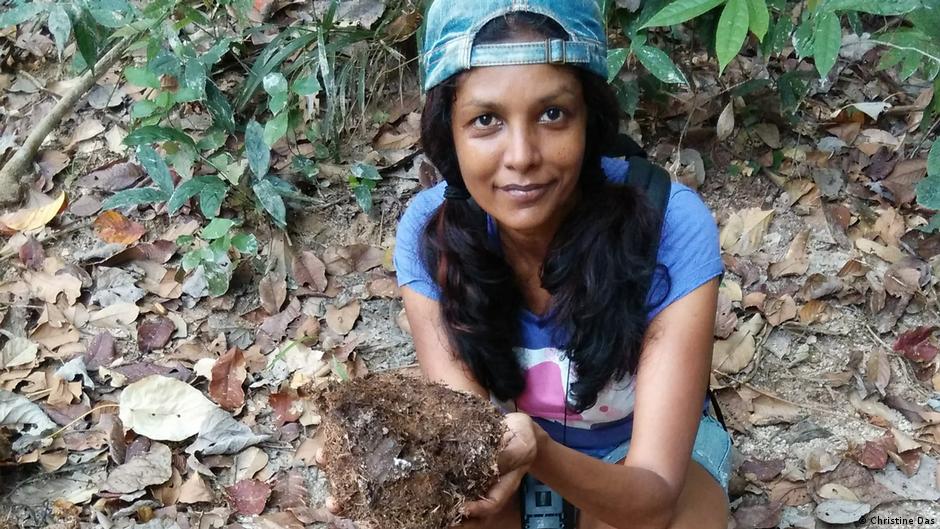 Conceived by Canadian directors Patricia Sims and Michael Clark, as well as Sivaporn Dardarananda of Thailand’s Elephant Reintroduction Foundation, World Elephant Day (WED) on August 12 was launched in 2012 to “bring attention to the plight of Asian and African elephants” .

According to the WED website, “the number of elephants has decreased by 62% over the past decade and may be mostly extinct by the end of the next decade.”

Since 2012, over 100 wildlife organizations, as well as countless individuals, have come together on World Elephant Day to defend elephants with conservation campaigns, awareness programs and events around the world. 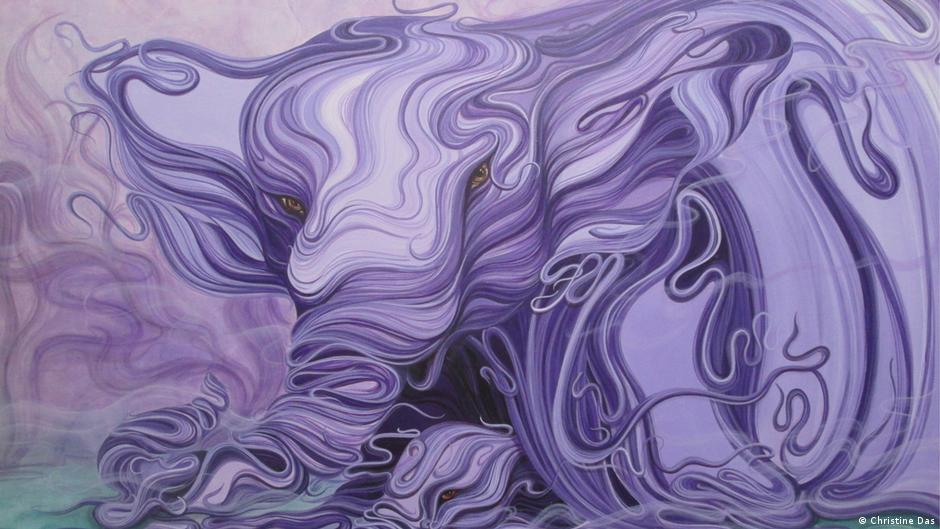 “Sheltered in Your Shadow” by Christine Das

‘So wild’ in the heart

In September 2013, Christine Das finally had the chance to meet her “muse” Little Joe in the sanctuary that housed him then.

Describing the moment he came out of his enclosure, she says, “I fell in love with him at first sight. He came to me for some reason even though there were many others there with me. He grabbed my hand with his little one. trunk as if to say “hello”. Then he pulled my hair and I managed to kiss him on the forehead … I can’t put it into words. My heart burst! ”

Today, Das has enhanced its animal conservation efforts by offering educational art workshops titled “So Wild”. Collaborating with sponsors and zoos, he conducts classes for adults and children, in which participants receive art kits with elephant or tiger sculptures that they can paint and design on their own as limited editions. In the process, they learn about animals and what they can do to protect them.

“Little Joe changed me forever. He opened up a part of my soul that I didn’t know existed. All I know is that I have to do everything I can in my skills and art to protect them (wildlife) as I would mine. family.” 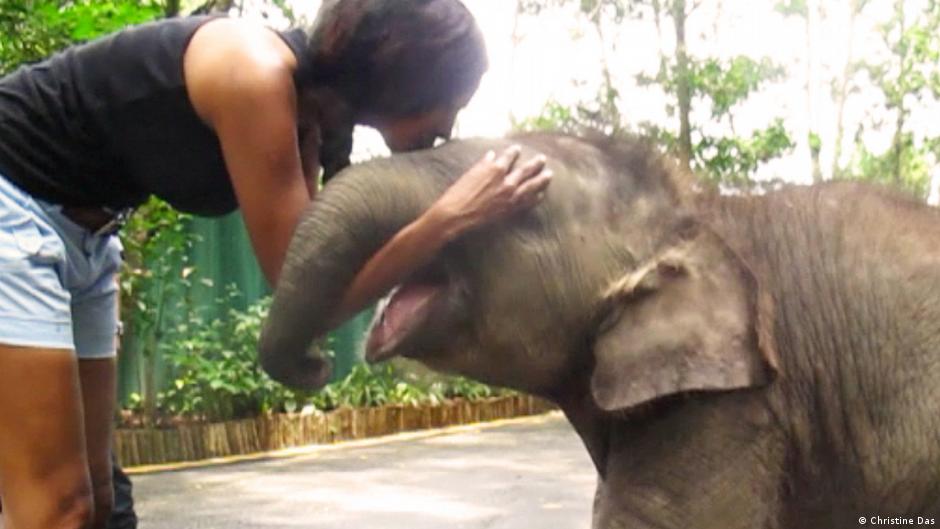