From hatred of her hearing aids to creating artwork as an ode to them, the young graphic designer, diagnosed with severe hearing loss at the age of one, tells us what it takes to create a life full of purpose 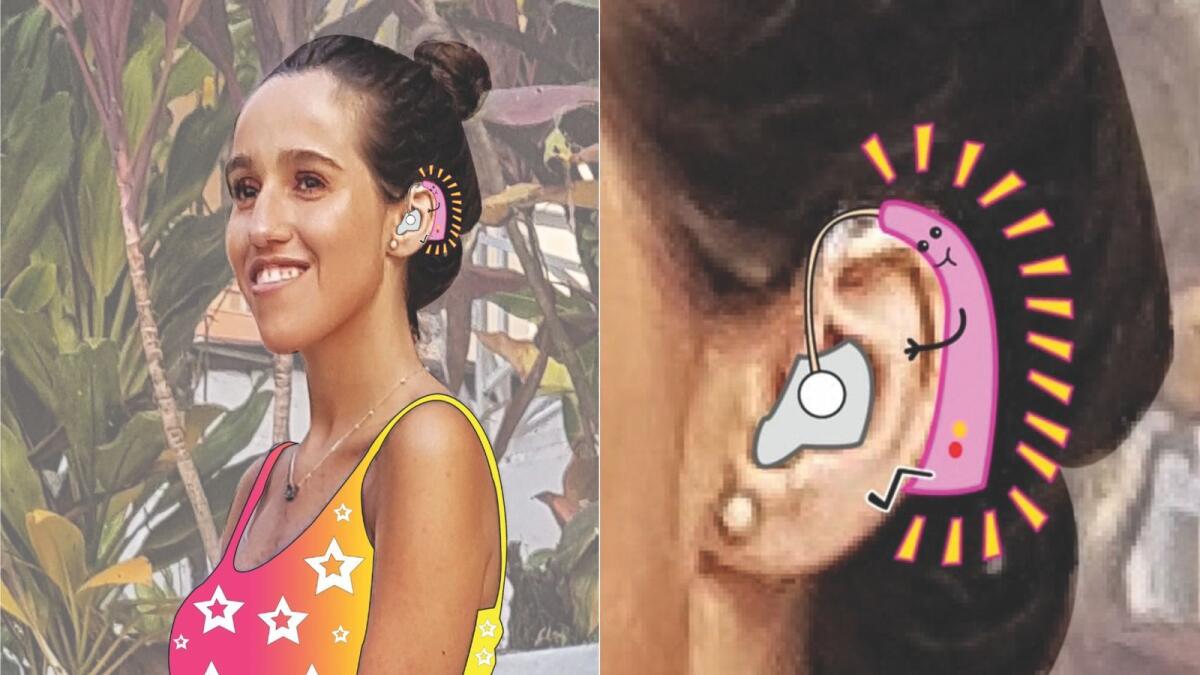 Different treatment doesn’t always have to be explicit. It may not always be obvious enough to be denounced as discrimination or turned into a hashtag protest or lead to the nullification of the culture. It can also happen on a subliminal level, where you don’t intend to judge but make implicit changes to your behavior that communicate body language that non-verbally does the job for them. Defined as implicit bias, these unconscious beliefs can often be harmful, if not more so, to an individual’s growth. Dima Antar, 26, diagnosed with hearing impairment at the tender age of one, has since spent her life facing and challenging the implicit bias she has been subjected to throughout her life. “I have never been directly discriminated against, but somehow I have always felt treated differently because of my case,” says Antar. “Especially when my friends or people my age had the opportunity to build their careers and achieve their goals, while I was somehow left out of those conversations and had to chase my dreams twice as hard,” she adds. she. 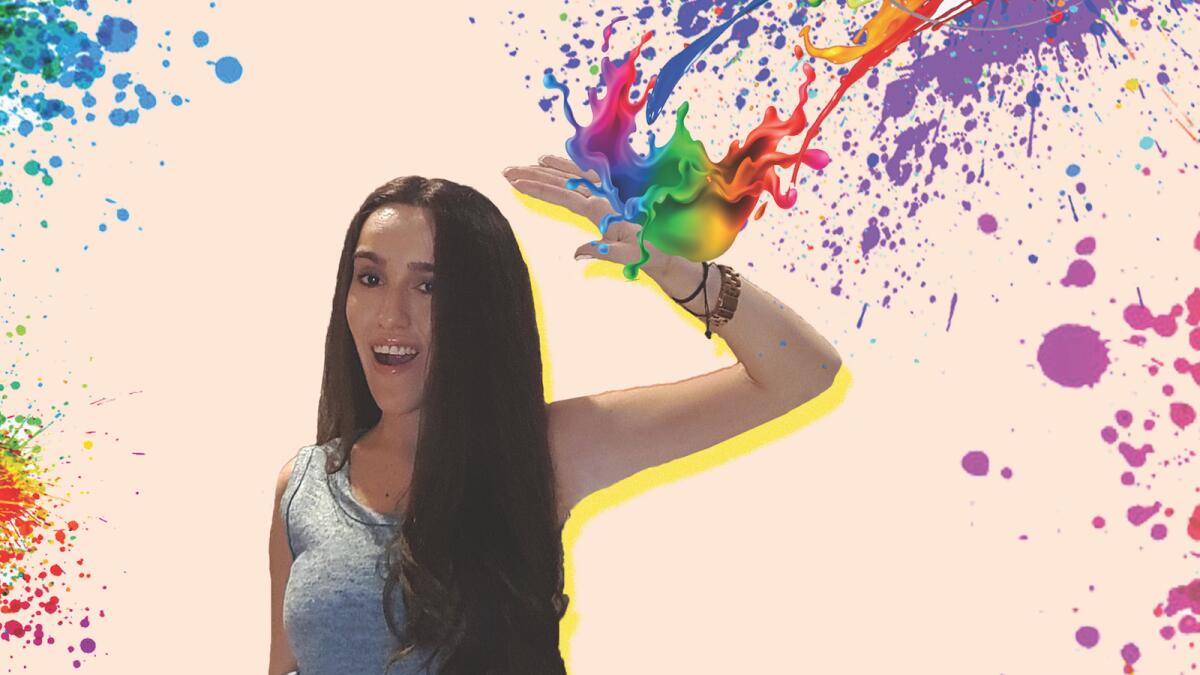 The Lebanese artist, born in Freetown, Sierra Leone, felt excluded from the conversations, so she decided to create her own, through a mix of art and social media. Currently working as a graphic designer, Antar also uses her Instagram (@dima_antar) to raise awareness about her challenges as a determined person, to create a more inclusive environment for people facing similar battles.

Recounting her formative years, Antar states: “As a girl with a hearing impairment, my early years were difficult. The teachers and students at my school did not know how to communicate with me as a hearing impaired child. My mother was with me in the classroom to help the teachers ”. Early childhood for Antar included speech therapy, hearing training, and other activities that aided her hearing abilities. On the emotional front, however, for the young artist it continued to be a hard-fought battle. Being inherently solitary, Antar found it difficult to make friends. “This left me with a lingering feeling of sadness. My family, especially my mother, did their best to make sure I felt loved and never alone, ”she adds. 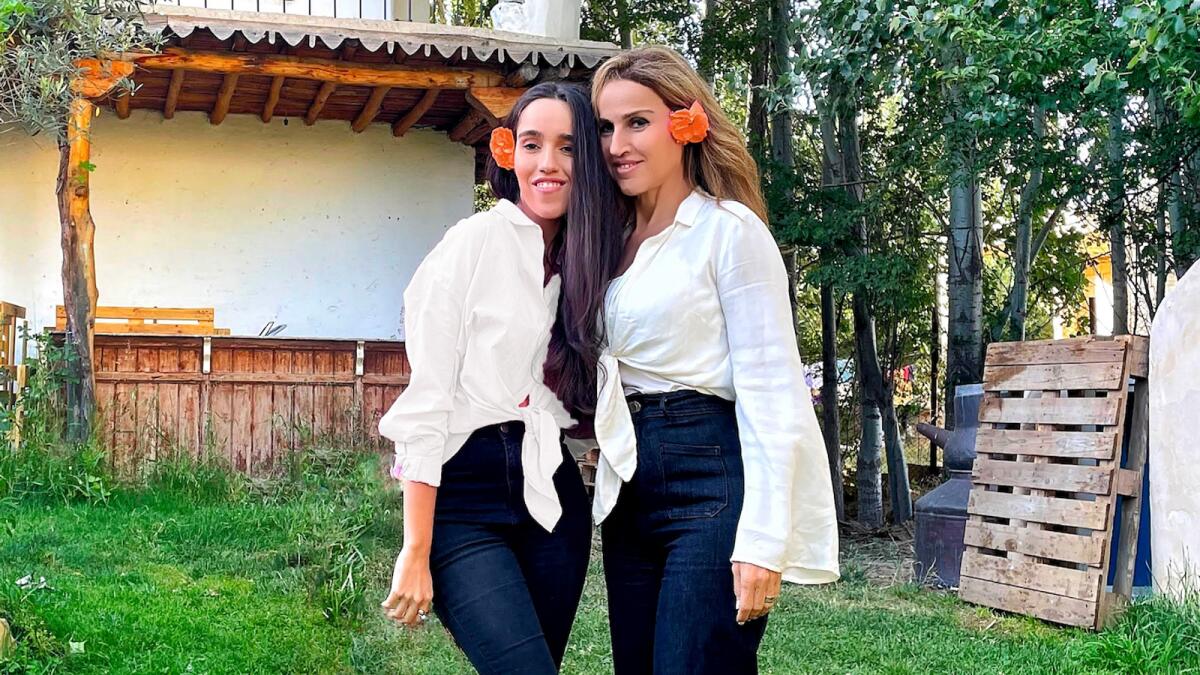 Antar with his mother

Although Antar was diagnosed with severe hearing loss at the age of one, it wasn’t until the age of four that she realized she had a special condition. “When I started meeting friends at school, I noticed that I was the only one in my class who wore hearing aids.” Developing a problematic relationship with the medical equipment she needed most at the time, she Antar she says, “I threw them away because every time I wore them, it immediately attracted attention to how different I was from others.” Gradually, Antar’s mother made her more open to accepting her help. “My mother slowly convinced me that it was for my good. She helped me accept myself and love that I have hearing aids. Eventually it became my choice to wear it.

The journey of the young artist, who grew up with a life-changing disability, has been filled with ups and downs, all of which translate into the work of art she creates. “It wasn’t easy at all. Being someone who has always needed special care and assistance, it automatically draws a lot of unwanted attention to you, “says Antar, acknowledging that although these were necessary measures to meet her learning needs, they instilled in her a deep sense of segregation. “I was always a straight A student, but things started to change when I was 13,” says Antar. “I have been bullied by many students and been left alone without help. difficult in my life. I used to hide my ears with straight hair over my face to cover the hearing aids. I never felt good in my skin. I was embarrassed that someone could see my hearing aids and find out my truth. “ 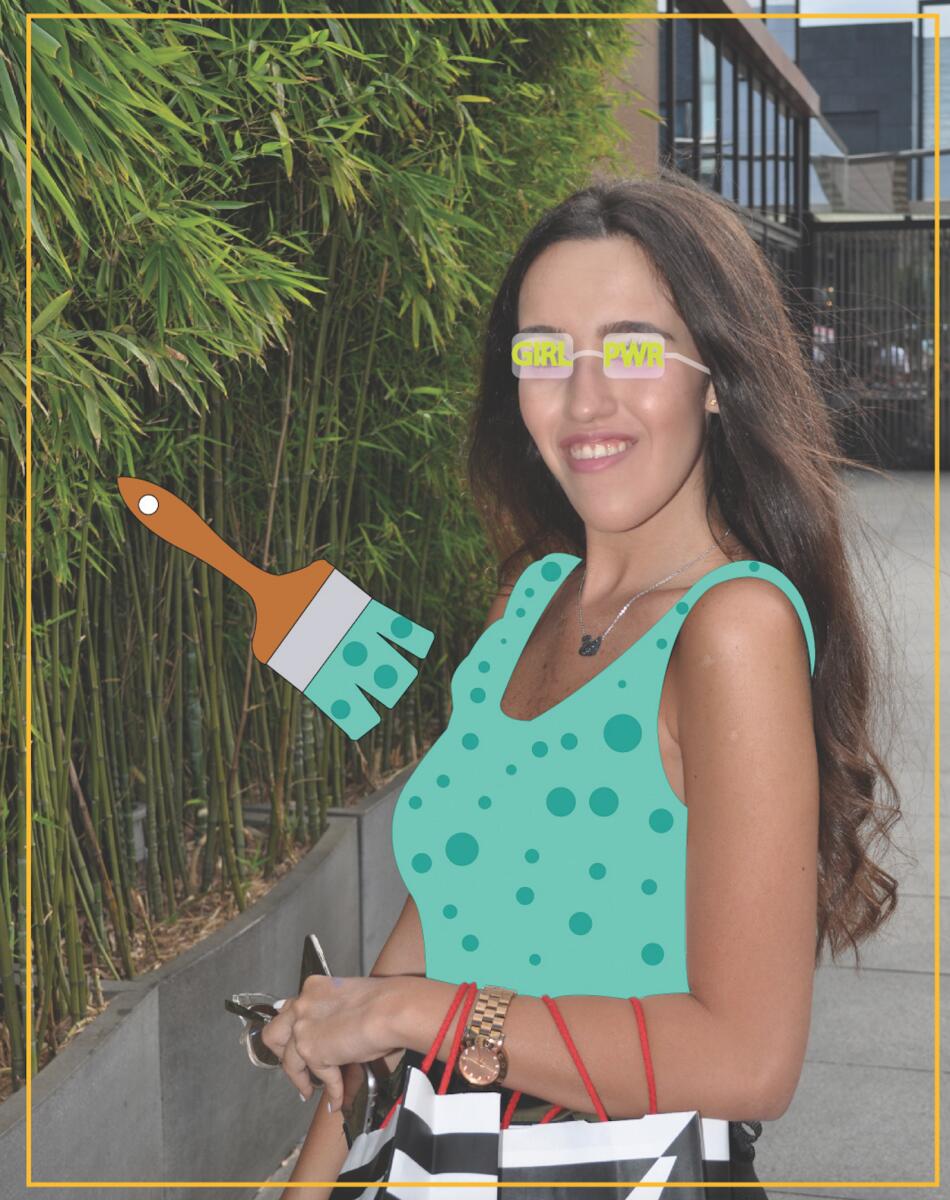 However, things changed for Antar once he started university. “We had to carry out a project and I decided to share my story with everyone”. Sometimes it takes a showcase on stage to recognize what we don’t realize in the hustle and bustle of our daily life. Sharing her story of her in front of an audience made Antar feel accepted and included in ways she wasn’t part of a crowd. “When I chose hearing loss as a topic, everyone in the class was shocked because they never thought I’d ever share my story,” says Antar. It took to take the stage and be open and honest about her struggles for Antar to not only change the minds of her peers but also hers.

“It was then that I made the decision to overcome my shyness and speak my truth with confidence. I turned to social media, mainly Instagram, to spread awareness of how to help people with disabilities, “says Antar, who regularly creates posts for change on social media to paint, both literally and figuratively, a more inclusive image. for determined people.

When asked when her interest in art and graphic design takes root, she replies: “Growing up, I’ve always been passionate about art; always interested in creating. From elementary school to high school, I took a series of independent art lessons where I was able to experiment and learn with different media, materials and techniques. That’s where I realized that graphic design was my passion “.

As a hearing impaired person, Antar relies on visual communication modes to express himself. “Art is a form of communication without saying a word. For me, art has become a way of expressing myself. A way for me to visually communicate everything I feel, ”adds Antar, who was recently honored for giving a speech at the American University of Beirut Summit 2022 for inspiring others.

When you look at Antar’s Instagram profile, you can see an explosion of colorful graphics juxtaposed with portraits of herself, breathing in a sense of positivity and liberation, an attitude that comes from the many years of work the artist has done, to fuel the positive self-image and mental health. I express how I feel in the form of art. “Communicating through my artwork. The colors I use in my works express what I am going through. The use of different colors and shapes plays an important role in how I communicate through my art, ”says Antar.

Although Antar is now in a creatively fulfilling and thriving space, he believes there is room for much more inclusiveness in society. Inclusiveness as defined by her “is a sense of belonging, while she feels respected and valued”, aspects that she once felt lacking in her own life. “Determined people should be included in groups and make their voices heard. They shouldn’t shut up before someone else tries to. Likewise, people should also learn to listen without judging and be open to new ideas and topics. Just because something is done differently doesn’t make it wrong, ”concludes the young artist.