American artist Edward Hopper was known for his interest in hotels, motels, tourist homes and the wide range of hospitality services. From 1920 to 1925 he worked as a commercial illustrator on hotel and tavern management themes from the Great Depression to the Cold War. He has broadened his knowledge of hospitality services as a frequent guest in several lodgings during the long-distance car trips he made with his wife, artist Josephine Hopper. From the mid-1920s to the early 1960s, Hopper explored the themes of hospitality services in paintings, watercolors, drawings and prints. He has sometimes titled these works as “Hotel” or “motel,” but just as often he did not. More than half are composed of sites, with not a little invention and artistic license. 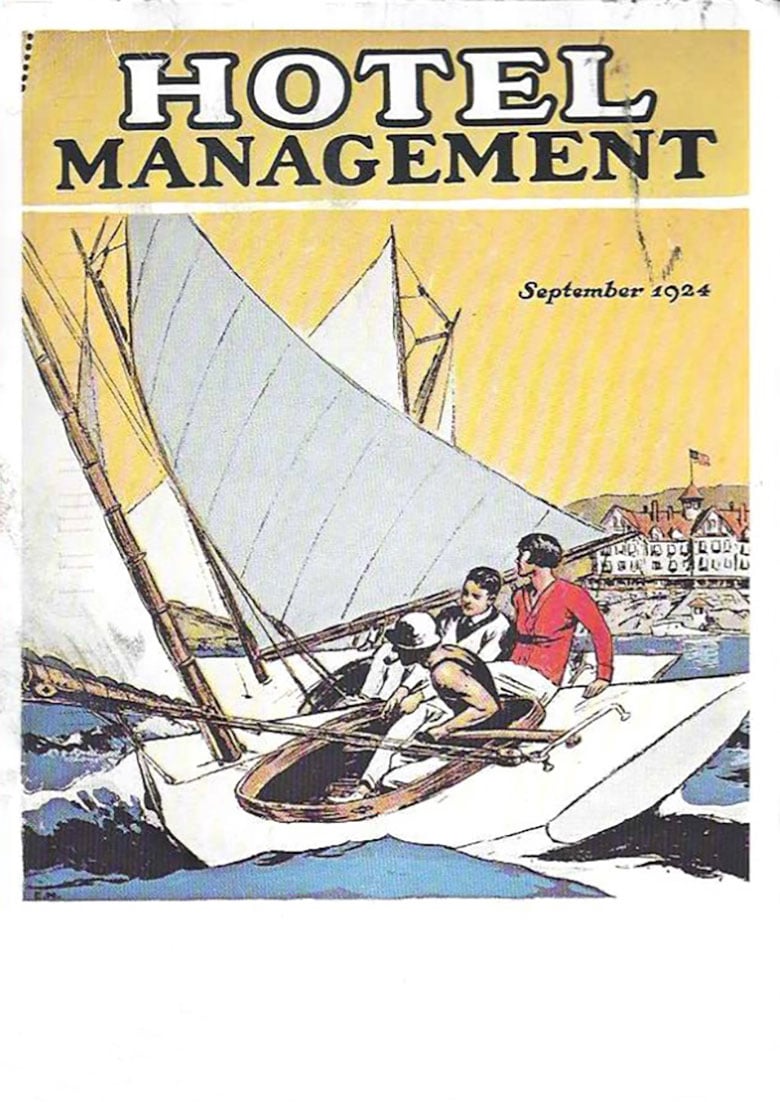 In the early 1920s, Hopper produced illustrations and covers for Tavern Topicspublished and distributed by the Waldorf Astoria hotel in New York, and in 1924 and 1925 he designed eighteen brilliantly lit covers for the trade magazine Hotel management. Edward and Jo have lived much of their lives in Manhattan, which, like other regions of the country, experienced a huge construction boom in the first quarter of the twentieth century. Revenue generated by hotels fell by more than 25% in the Depression years 1929-1935, which was hardly a deterrent to Hopper.

Between the two world wars, Hopper produced at least two etchings and five paintings that summarized the architectural components of various urban hotels, some of which he knew living in New York, while others were based on the images suggested in the pages of Hotel management over the years he has produced the covers. For the most part, the covers depict elegant couples dancing, dining, and boating in a hotel setting.

Looking from the vantage point of their home at 3 Washington Square North in New York, the Hoppers would encounter several rental hybrid structures, including a ten-story bell tower at 53 Washington Square South. Designed by McKim, Mead & White and built in 1893, this was actually part of the Hotel Judson, the proceeds of which went to the Colonnade Judson Memorial Church next door. Hopper captured this view in the painting November, Washington Square, which began in 1932 and to which he added components of the sky in 1959. The friend of the Hoppers, artist John Sloan, lived at the Judson Hotel for eight years, until he was evicted from New York University (which had previously annexed the property) . The burnt orange three-story structure on the far left in the painted version is the House of Genius guesthouse, at 61 Washington Square South, which, at various times from the 1910s to the 1930s, hosted artists, authors, poets and musicians , including Theodore Dreiser, John Dos Passos, Eugene O’Neill and Alan Seeger. 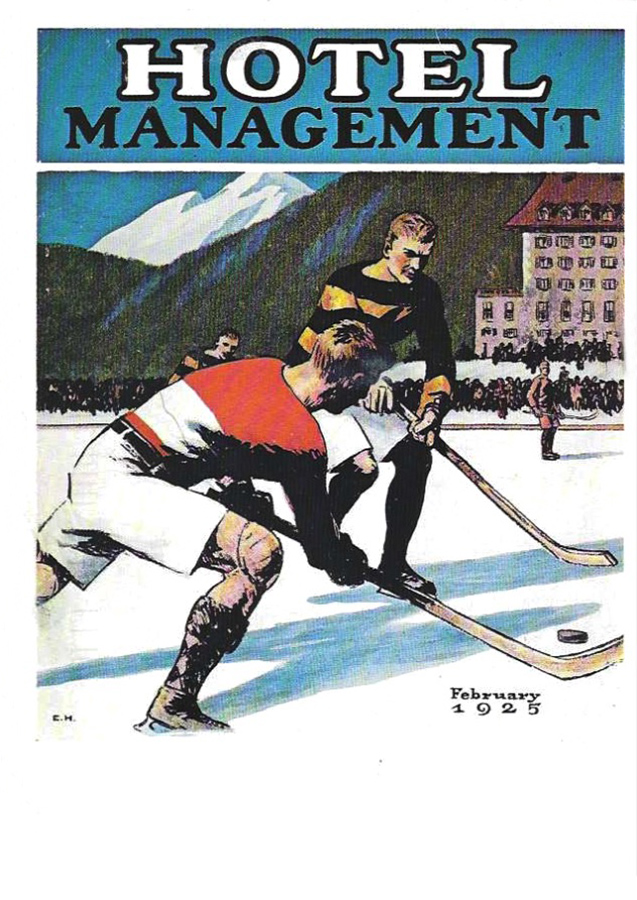 The residences are among the structures that appear in the Hopper architectural typologies summarized in selected compositions such as House at sunset. Popular urban inns offering short-term rentals were essentially apartments but with the services of a hotel. These middle-class hybrid spaces contained multiple units with shared bathrooms and often contained living rooms with pianos and offered a restaurant, concierge, and daily housekeeping.

The result of at least nine study designs, Hotel lobby is probably Hopper’s most comprehensive treatment on the subject of hospitality services. Seated in an overstuffed chair, a young woman in a blue dress reads her book, reclining at angles that mirror those of her more mature counterpart in the hall. On the back wall, a view through the dark curtains in an open door reveals a restaurant with linen-covered tables. The lines formed on the floor reflect the principles of period design, treating carpet as a means of guiding the crowd and determining the placement of furniture. Even more important for crowds and climate control is the revolving door, cut out on the left Hotel lobby. Despite all of Hopper’s urban architectural images, revolving doors appear in only two of the studies for this work and only in one other painting (Sunlight in a coffee shop, 1958, in the Yale University Art Gallery). Variations of the revolving door existed at least from the mid-nineteenth century with the aim of regulating ventilation and keeping temperatures constant in public spaces. By not allowing air to enter from the outside, a revolving door was, in the words of a first promoter, “Always closed”. This helps explain how Hotel lobbya painting completed in January 1943 and depicting a couple in winter clothes could also depict a woman without a coat with a short-sleeved dress.

Many of the 18 known Hopper HM front covers were made in the mid-1920s. For the most part, the covers depict one or more elegant couples enjoying an activity such as dancing, dining, and boating against the backdrop of a created hotel. Hopper used royal hotels, Ohio’s Cincinnatian Hotel and New York’s Mohonk Mountain House, as inspiration for two of the covers. The light colors of the illustrations and the energetic activities are a distinct departure from Hopper’s famous darker works, such as “Automat” or the iconic “Nighthawks”. The hoppers, Edward and Josephine [also a painter]I had lunch every day at the Dixie Hotel in New York.

And perhaps by absorbing the hospitality mentality that it’s all about the guest experience, VMFA took it one step further, recreating the hotel room seen in Hopper’s 1957 opera. “Western hotel.”

Edward and Jo began renting summer cottages in South Truro on Cape Cod in 1930 and would buy property and then build a home there a few years later. In the 1940s Cape Cod owned a number of tourist homes: furnished single-family homes that offered short-stay rooms, often seasonally. Deeply interested in domestic architecture, Hopper painted several tourist homes over the course of his long career, but it appears that in retrospect he was particularly interested in one of these Cape Cod Provincetown residences. He spent several long nights parked in front of the facility, making drawings, resulting in a painting that offers a view of the front rooms of the house: apparently, the inhabitants were wondering what the artist was doing, sitting there in his Buick sketching.

The Hoppers made periodic long road trips in search of topics through New England, the West, and Mexico, among other places. During these outings, they stayed in the tourists’ homes and, eventually, as Edward’s income increased, in motels and automobile fields. Portions of Jo’s journals, spanning the mid-1930s through the 1960s, and recently delivered to the Provincetown Art Association and Museum, reveal page after page of extensive descriptions of these quarters and the couple’s feelings towards them. One of the most colorful and longest of these voices discusses their stay at El Paso’s Weseman Motor Court from December 15 to December 22, 1952. Painted Hopper Western motel while on a fellowship at the Huntington Hartford Foundation in Pacific Palisades, California, but the canvas also evokes Jo’s descriptions and contemporary print discussing housing in El Paso.

The Hoppers made five long trips to Mexico between 1943 and 1955, during which they also visited various regions of the United States; they traveled by train in 1943, but on other trips they traveled by car. They often sized a room based on the quality of their accommodations and the view offered by their room and the roof of the building. Much of what we know about Hopper’s time in Mexico comes from the couple’s correspondence on hotel and motel letterheads and postcards. Dating back to his first trip to Mexico, Roofs of Saltillo enlists his hotel’s rooftop stove pipe at Guarhado House (where he and Jo stayed) in the foreground to balance the extension of the Sierra Madre mountains in the background. In Monterrey Cathedral, returns to his practice of using his lodgings (in this case the Hotel Monterrey) as a framing device to summarize a visual inventory of hotels and other structures: the signage cut out for the Hotel Bermuda appears at the bottom left. Hotels and motels can provide a useful metaphor for understanding much of Hopper’s work in general. He assumed that hotels and paintings offer temporary experiences, serve more individuals, and are ultimately highly realized illusions. Hopper viewed his art of him, especially his paintings and watercolors, as places to temporarily invest and reflect on later with equal parts of introspection and nostalgia. Sixty-nine of these paintings, watercolors, drawings, prints and magazine covers are featured, along with thirty-five works on the theme by other artists, in the exhibition Edward Hopper and the American hotel at the Virginia Museum of Fine Arts in Richmond.

Perhaps it is right that the exhibition be organized and make its debut there. The Hoppers have visited Richmond on several occasions. His art would be featured in subsequent biennial exhibitions. Hopper returned to the museum in 1953 for a Judge the jury exhibition, around the time the museum bought House at sunset. A photograph from this visit shows Hopper and Richmond artist Bell Worsham standing in front of Hopper’s painting Early Sunday morning. Following lively communication, via the couple’s accommodation during this visit, the museum director, Leslie Cheek Jr., assured Hopper, “While in Richmond you will be headquartered at the Jefferson Hotel, a Beaux-Arts facility that I believe you will love.” There were many hotels Cheek could have placed Hopper in, but he made sure the artist stayed in a facility recognized as the “The most beautiful in the south”.

Hopper’s work for Hotel Management has really influenced his career. The things he did for Hotel Management, as well as some photographs, advertisements and articles, provided a repository of images and ideas that he would come back to again and again.

All of my following books can be ordered from AuthorHouse by visiting stanleyturkel.com and clicking on the title of the book:

If you need an expert witness:
Stanley Turkel has served as an appraiser in more than 42 hotel-related cases. Her extensive hotel management experience is beneficial in cases involving:

Feel free to call him free at 917-628-8549 to discuss any hotel-related appraisal assignments.