A Taiwanese artist has created an installation that takes away people’s cell phones to encourage them to reflect on their relationship with technology.

Cheng Hsien-yu (鄭 先 喻) Discharge What You Charged – which consists of cube-shaped lids on pedestals arranged around an exhibition space – is part of “Transistor”, a special exhibition at the Museum of Contemporary Art (MOCA) of Taipei.

When a viewer puts the phone on one of the sets, its lid closes and locks the phone for 15-20 minutes before reopening it, revealing that the battery is nearly empty, Cheng wrote on his website. 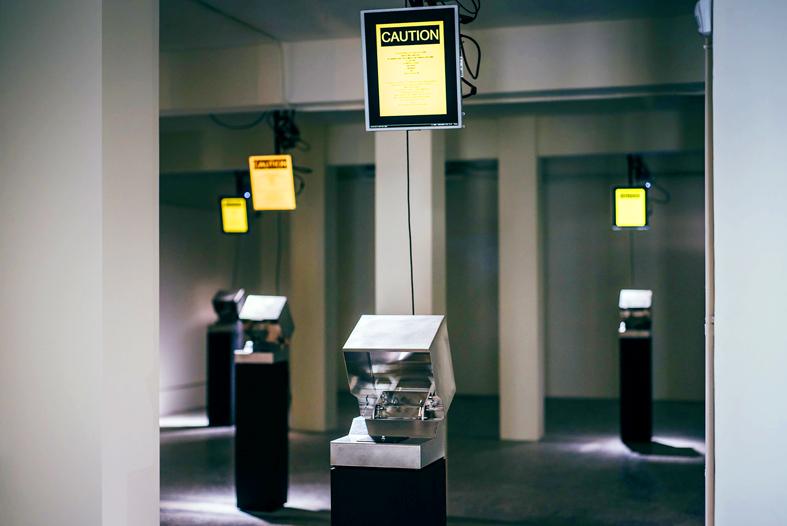 The organizers of the exhibition sought to encourage artists to create without feeling bound by conventions and to support each other through inspiration and collaboration, Hong Foundation President Royce Hong (洪裕鈞) said at a news event on Friday, the day. opening of the exhibition.

While most of the 23 creations have been exhibited previously, five pieces have debuted at the show, he added.

The exhibit also features Habitat, a collaborative work by Cheng and Chang Ting-tong (張 碩 尹) that includes a high-temperature box containing 8,000 mosquitoes that have fed on the artists’ blood and a video game that electrocutes insects when played.

Another piece featured is If Narratives Are a Deluge by Liu Yu (劉 玗), a multimedia creation that uses video and art installations to explore a flood myth that is part of the traditions of 254 ethnic groups who speak 84 different languages.

The exhibition will run until 23 October.

Comments will be moderated. Keep comments relevant to the article. Comments containing offensive and obscene language, personal attacks of any kind or promotion will be removed and the user banned. The final decision will be at the discretion of the Taipei Times.