“But in the spring of 2013 I made my first intentional conceptual shot. It was just a little idea I had and the concept meant

“I remember as a child I was asked where I came from and, of course, I answered in Japan. They always laughed, thinking I was joking. For me there was no other answer. “

something for me. From that moment on I knew I had found something I loved. It felt like magic. “

Since then, Slaby has taken what he has learned through trial and error, honed his skills and made a career out of it. He has had the opportunity to work with the likes of Adobe, L’Officiel and Mr. Children. However, no matter how far she got on the ladder of success, the inner turmoil was always lurking a few rungs below.

“Making art for money can be a dangerous thing,” says Slaby. “I tried to mentally separate the two, but those thoughts creep in. I try to keep thoughts away as much as possible because I know it doesn’t encourage creativity. It’s a shame.

“I feel that creativity, after all, is
a very natural thing for everyone. Even people who think they are not creative. It is an incredibly natural thing. We always build, we always solve problems and we always admire beauty. It’s just that in this world with capitalism, money and all of that stuff, it’s very unnatural and doesn’t mix with creativity. “

According to Slaby, she typically avoids the title of artist but is at the same time stuck with it. With the fear of not being up to the title, she has found a sense of mistrust that builds up within her.

“When I look back at my repertoire, I’ve worked with a lot of really great, amazing, wonderful and famous people,” says Slaby. “But at the same time, I feel I still have a long way to go in my work. I think this is part of why I’m trying to rethink why I’m doing this.

“I’m trying to trust myself. There have been many times when I have not listened to those little voices of intuition. I silenced them and ignored them. Then, finally, I got it, oh shit, I heard it! I should have quieted all these other thoughts and let that intuition rise. So I’m trying to do it now. “ 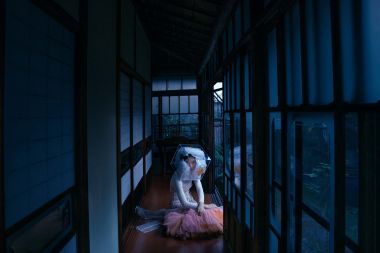 Fortunately for Slaby, the recognition of the struggles faced by someone close to her has conferred a deep appreciation for her ability to overcome adversity.

“Growing up, my family was a little mean, well, maybe a little bit cruel. The recurring line was, “Oh, my twin, Johnna isn’t the creative one.” They saw that I was doing these hyperrealism drawings and of course everyone would always compare twins. She developed in her head that if she wanted to be an artist, she had to draw everything perfectly.

“Then one day, he said he saw a man sketch his breakfast and something clicked. Now, she’s been drawing ever since. It was as if someone had started a fire beneath her. At first I felt so proud, but then I was sad.

“I realized how she was judged, even by our family, and how stunted she was. She was basically bullied, but she was still able to pull it off and have a real passion for it. It was amazing to watch; I am extremely proud of her ”.

Moving forward, Johnna has not only helped her sister passively, but has become a critical voice of reason. When she needed praise or criticism, her twin was the one she turned to.

“My sister doesn’t lie to me,” Slaby says. “When she tells me I can do better, I know it’s pure and straightforward. For others, I can be sensitive and frustrated or sad, but with Johnna, I know they’re done.

“He knows my work so well, so he knows what I’m looking for. You can tell me where I can go. It’s the same feeling of looking at the same word for too long. In the end, you can’t tell if it feels right or wrong. She is good at intervening and telling me if something is right or not. “

According to Slaby, her relationship with Johnna reminds her of an old myth which explains that twins are twins in this life because they were so close in one past life that they simply couldn’t go on to the next without each other. True or not, Slaby intends to continue using this bond to her advantage. 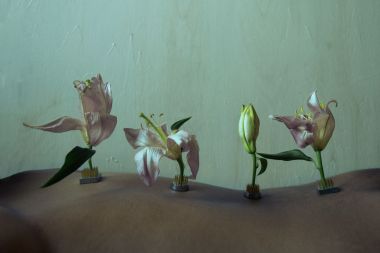 “I always dig earth, carry stones, scratch myself or even poison me. But at the same time, it’s also incredibly rewarding ”.

Where did it come from

“What I do is not easy. It’s tough, not only mentally but also physically, ”Slaby says as he points out all the projects around her. “I always dig earth, carry stones, scratch myself or even poison me. But at the same time, it’s also incredibly rewarding. If someone else who is creative can find that place where they feel good, they are on the right track ”.

“Even if it is difficult, it is important to follow him. We have a lot more control over our minds and our lives than we think we have. We can have many emotions and we can be stressed. But the mind is powerful. The things we tell ourselves are what we become ”.

Back on the proven path to feeling human, Slaby is now creating over a dozen photographs for her first large-scale photography exhibition this fall. With the combination of practical effects, natural elements and reduced landscape environments created by hand, she states that her goal is to charm anyone who chooses to enter.

“As an artist, you regurgitate what you absorb,” says Slaby. “If you were born and raised in the countryside, you will gravitate towards it, trying to capture those feelings and memories again. I think maybe that’s what I’m trying to do. “

“I’m starting to realize that with this project I can still go through some pretty low lows, but this time I can’t afford it. I have learned that the things I tell myself do come true. So I keep a nice thought in the corner of my mind, you know, to keep for later.

Not being stagnant now is what’s important. For her, it doesn’t just mean continuing to work on her craft, but also doing what you can to keep inspiration 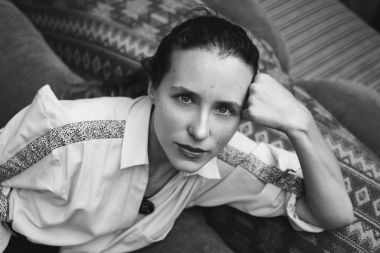 “The things we tell ourselves are what we become.”

flowing. Enjoying nature through all of his senses, she paints mental images, which he portrays in his photographs. Photos that she hopes will enable her to achieve her ultimate goal of hers.

“It’s that spark. That thing inside of you, where you feel you are equalized, ”smiles Slaby. “When you see the picture, and it’s beautiful. It is just perfect.

“Perfect emotion, perfect feeling and perfect color. There is a kind of euphoria there. You don’t feel it every day. It’s a blast.

“You get to a point in your mind where you realize this is how human should be. I feel like this these days, in its purest form. I feel that we all have the right to be able to experience that joy ”.

Previous post Artists’ eyes examine the breed then – and now