His work is recognized for promoting relations between the two countries 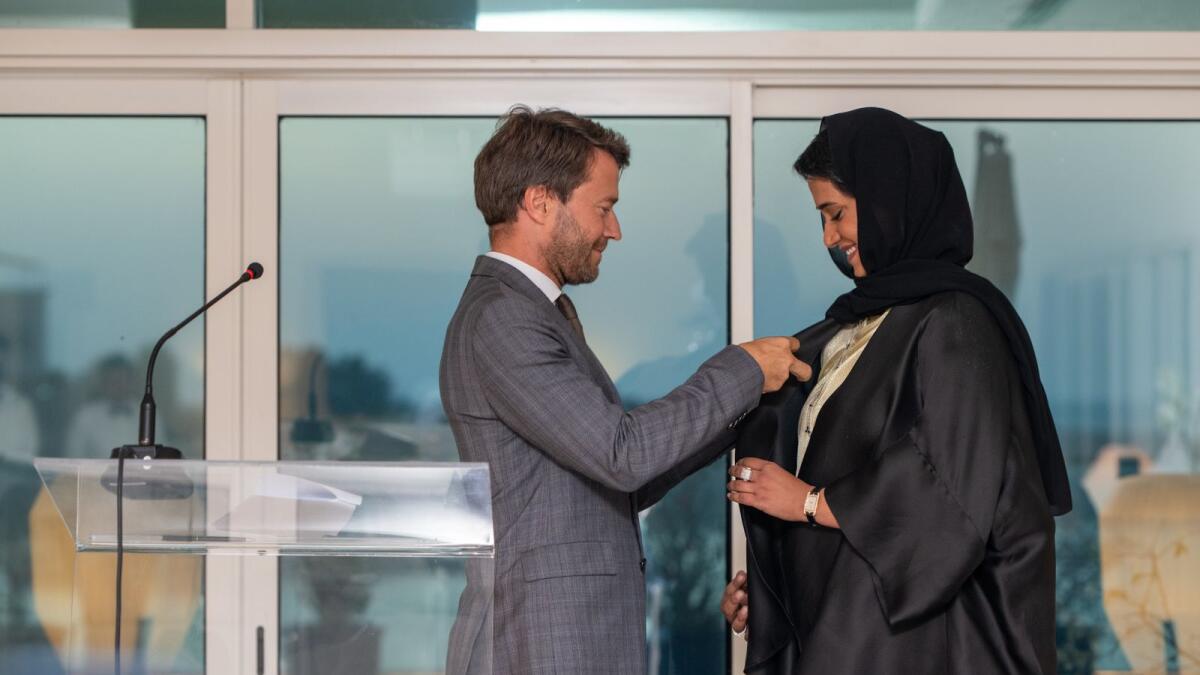 Emirati artist Alia Zaal Lootah was honored last month by the French government for her artistic work promoting relations between the UAE and France.

French Ambassador to the United Arab Emirates, Xavier Chatel, officially decorated Lootah with the insignia of a Knight of the Order of Arts and Letters on May 30, 2022 during an official ceremony at the French residence.

“I am very honored to be knighted by French Ambassador Xavier Chatel on behalf of the French government,” Lootah, visual artist, curator and researcher, told the Khaleej Times on Monday.

“This is a prestigious award and I am very proud to have worked hard to be recognized and to be able to dedicate this achievement to the UAE government which has supported me along the way.” 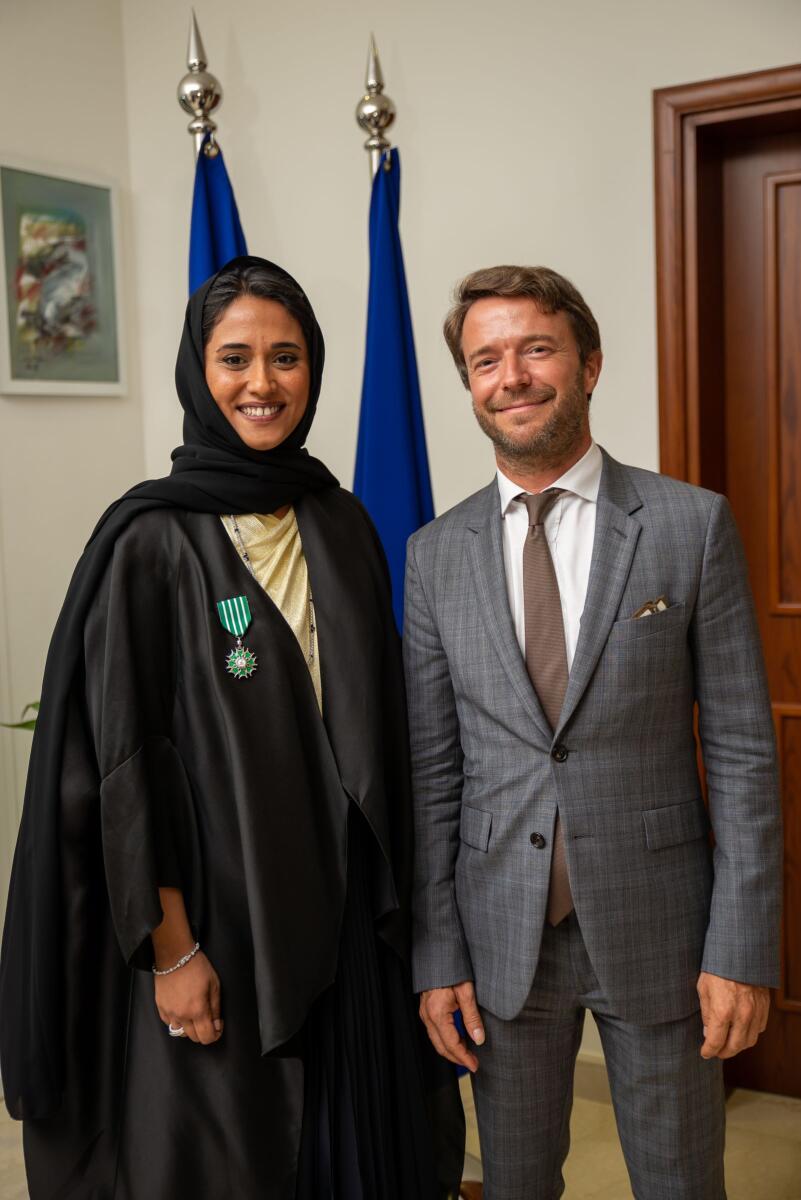 Founded in 1957, the Order of Arts and Letters rewards people who have distinguished themselves in the artistic or literary field, or have contributed to the influence of the Arts and Letters in France and around the world.

Lootah is a multidisciplinary artist who explores the memory, history and change of the urban and natural environment that surrounds him. Exploring the connection between vision and perception, her work often follows the interplay between digital and analog.

His paintings are based on personal photographs – of interiors, landscapes and scenes extracted from his visual diary. The transformation of images from one medium to another is seen as an allegory of perceptions and the lenses through which memories pass. 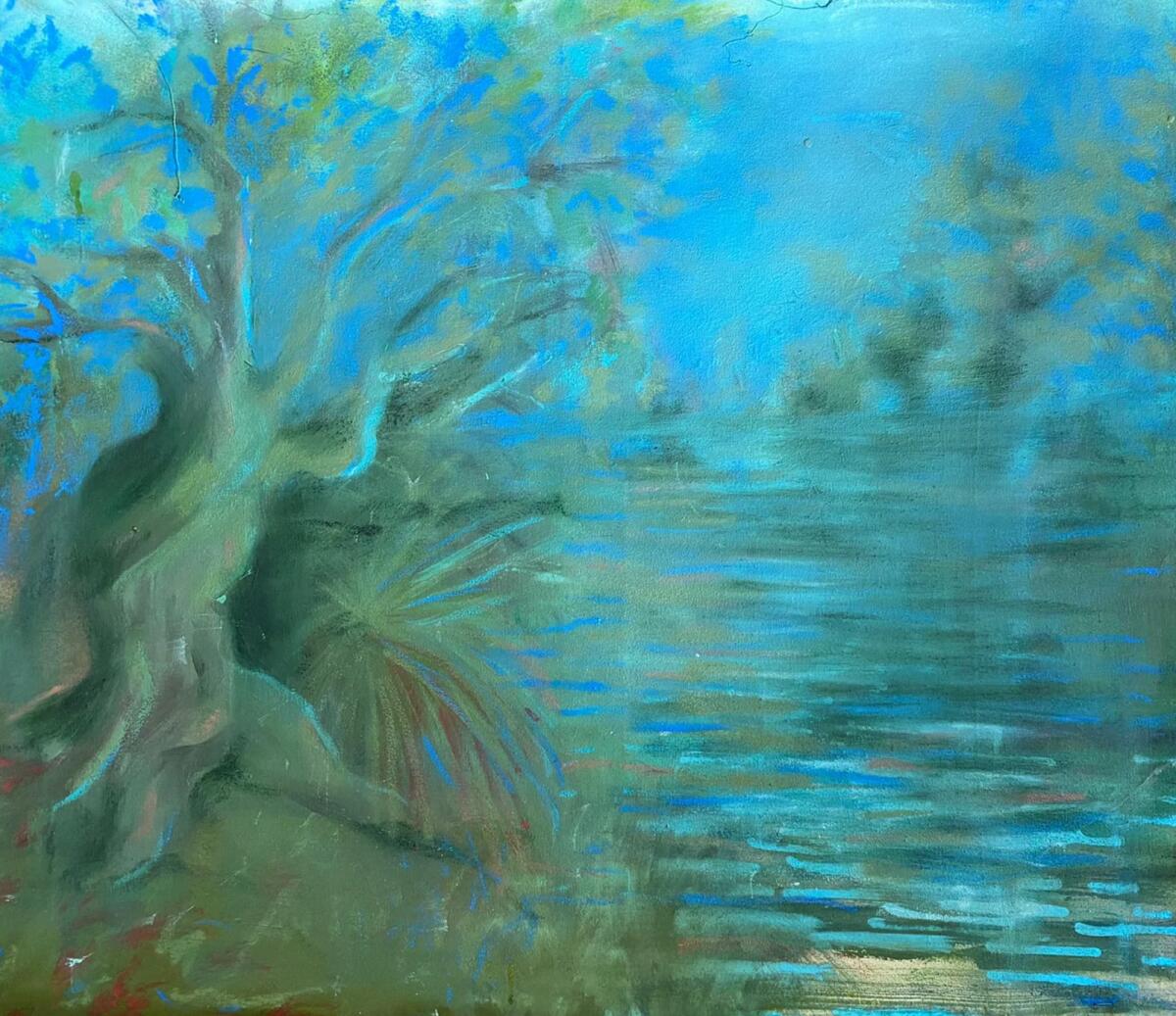 Former assistant curator for contemporary and modern art at Louvre Abu Dhabi, Lootah has been recognized by the French government for her essential contribution to promoting artistic and cultural exchanges between the United Arab Emirates and France.

“I was recognized for working so hard for the harmony of Franco-Emirati cultural ties,” she said.

Xavier Chatel, Ambassador of France to the United Arab Emirates, said: “I have conferred on Alia Lootah the insignia of Knight of the Order of Arts and Letters on behalf of the French Minister of Culture, in recognition by France of her Unwavering commitment to strengthening the French- Emirati cultural ties.

“Alia, who speaks French so well, curated the first contemporary art exhibition at the Louvre Abu Dhabi, collaborated with the most prestigious French cultural institutions, studied at the Sorbonne and lived in France. She embodies the density of cultural relations between France and the United Arab Emirates “.

Through his artistic works, the bilateral relationship between the two nations has been elevated to an exceptional level, according to the French government.

The Emirati artist was fully involved in the Franco-Emirati Cultural Program, an ambitious program to prepare and accompany the opening of the Louvre Museum in Abu Dhabi, which led her to curate two major exhibitions.

He curated the first contemporary art exhibition which took place at the Louvre Abu Dhabi during its opening year in 2017-2018.

In November 2021, Lootah inaugurated the new residency program of the Oscar-Claude (MOC) in Vétheuil, France. The MOC is dedicated to promoting the memory of Claude Monet, his contemporaries and the illustrious people of this ring of the Seine through his library, his international residences and his creative retreats.

During the first phase of his residency, the artist continued his research on the scientific and neurological aspects of sight in relation to art; an interest of her that she began to explore and study to better understand the sight of her father of her Zaal, whose drawings have fascinated her since childhood.

It combines different image-recording processes such as photography, film and drawing with “open-air painting”, in the manner of modernist painters from Cézanne to Monet.

A graduate of Sharjah University’s College of Fine Arts & Design, Lootah continued her studies at the Paris-Sorbonne University in Abu Dhabi, where she earned a Masters in Art History and Museum Studies. You are fluent in French and are currently writing a doctoral thesis at the Sorbonne Université in Paris under the supervision of Professor Barthélémy Jobert.

Emirati artwork has appeared in exhibitions around the world, from the UAE to Bangladesh, Germany, Spain, Venice, New York, Bethlehem and beyond. His paintings have been acquired by the UAE Embassy in Washington DC and the UAE Ministry of Foreign Affairs and are part of private collections such as that of the Barjeel Art Foundation. In 2010 she won second prize at the 14th Bangladesh Asian Art Biennial.

In 2022, Lootah participated in the “Pathways” exhibition organized by Hunna Art in collaboration with Raffles The Palm Dubai. She currently chairs her first solo show, “I Saw Time Passing (I)” at Foundry Downtown (Dubai), which will be followed by a second solo show in July 2022 in Vétheuil (France).